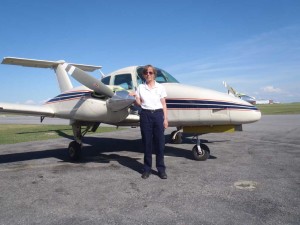 Pilots learn early on in their training that a key contributing factor to a successful landing is a stable approach. An approach is considered stable when the following criteria are met[1] at a certain height above the ground (typically 500 ft. when VFR and 1000 ft. when IFR):

The TSB has conducted a number of investigations where continuation of an unstable approach to a landing has led to landing short, tail strikes or runway excursions. “Too high, too steep and too fast” is a recurring theme. Research[2] indicates that 3.5% to 4% of all approaches are unstable. Of these, 97% are continued to a landing, with only 3% resulting in a go-around. The TSB has recommended that Transport Canada require CARs Subpart 705 operators to monitor and reduce the incidence of unstable approaches that continue to a landing. More research is required to determine why pilots continue an unstable approach, in spite of formal company stabilized approach criteria and non-punitive go-around policies.

When student pilots are learning to land, it is not unusual for them to deviate from what would be considered a “stable approach.” Often though, the flight instructor has to determine how far to let the student go – whether they should be taught how to salvage the approach and landing (to improve skills and confidence) versus going around and flying another approach? In a recent TSB blog posted by Mike Cunningham, a senior air accident investigator, he said: “… frequently in the interest of time, money, and in weather conditions we consider manageable, we often allow student pilots to salvage the approach. Or even worse, we might occasionally take control of the aircraft in an attempt to show them just how the experienced guys do it.” Does teaching them that they (or you) can salvage the approach and still land safely (often with a small, slow-moving aircraft on a relatively long, dry runway) potentially create a mindset that leads them to avoid doing a go-around? If they go on to fly commercial aircraft in a more challenging environment, will that mindset continue?

As a flight instructor, I believe that early and regular reinforcement of the basics (e.g., attitude flying; descending turns at assigned airspeeds and rates of descent) will help develop student pilots’ skills which will serve them well as they learn to conduct stable approaches and safe landings. But when the approach isn’t going as planned – let’s make sure that we also emphasize good pilot decision making with respect to unstable approaches and the safety benefits of a well-executed go-around.