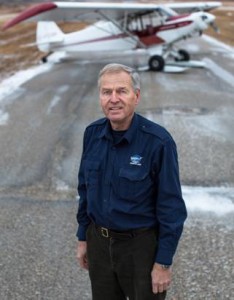 A very common scenario at many flight schools everywhere. The instructor and student have just completed their pre flight briefing and the instructor says this “Go out and check Cessna FABC, and I will be right out” This might be even more common during the cold Canadian winter when most instructors don’t want to stand around outside any longer than necessary.

So what is typical is that the new student pilot has been taught the preflight, has been monitored by his or her instructor the first few times,(maybe just 4 or 5 times) and now they are on their own. The instructor hops in with the student and off they go. Is the plane airworthy? Is it possible that because of inexperience the preflight inspection has missed something? Most instructors have experienced missing fuel caps, unsecured oil caps and oil inspection doors, and in some cases even more serious errors. At the very least there is embarrassment, at worst it is a safety concern. When the pre flight inspections are largely  unmonitored the next scenario occurs as the student pilot is approaching flight test standards. During the preflight inspection the instructor follows the student around during the preflight and when it is completed there are typcially some questions about the aircraft. What is this antenna for, where is the ground service plug, how many fuel drains are there? Frequently some of the answers show limited knowledge.

The instructor now emphasizes during the de brief how the student must improve in these areas. Of course these things were likely all mentioned back in the early days of training but have since been forgotten, or at the very least become a bit foggy. If the instructor had monitored the student more closely during their training and had gone out to watch the preflight from time to time and then asked some of these same questions there is every reason to believe that they would have retained more of the information and also less likely to make errors during the preflight. A common comment during the actual flight test is for the student to say “my instructor told me just the other day what that antenna is but now I can’t remember” It probably was not reviewed during training.

In review, let’s be involved in the pre-flight inspection more often. Our safety and the safety of the student depends on it.