The sixteenth recipient of the annual David Charles Abramson Memorial Flight Instructor Safety Award for the year 2018 was:

Mr  Cave has been an Aviator since the age of seventeen.  Flight instruction quickly became his passion, his dedication & superior teaching skills clearly shine through.

His tenure of fourteen years with Coastal Pacific, B.C. enabled him to develop & update a variety of post-secondary curriculum for the Bachelor of Business Administration Aviation Degree Programs (BBAA.)  He has personally influenced the safety training of a large portion of Pilots who have trained at Abbotsford & is now working at Chinook Helicopters, Abbotsford, B.C. where he started up their fixed-wing division.  His work ethic & commitment to safety are second to none.

A quote from this year’s recipient:

“THE IMPORTANCE AND BENEFIT OF THIS AWARD IS TO RECOGNIZE THOSE WHO ARE PASSIONATE ABOUT FLIGHT INSTRUCTING AND WHO WORK TOGETHER TO IMPART THEIR CUMULATIVE KNOWLEDGE ONTO STUDENTS ACROSS THE COUNTRY.

TO HAVE AN AWARD THAT ACKNOWLEDGES THE INDIVIDUALS WHO ARE TRAINING THE NEXT GENERATION OF PILOTS IS A BENEFIT TO THE ENTIRE AVIATION COMMUNITY.” 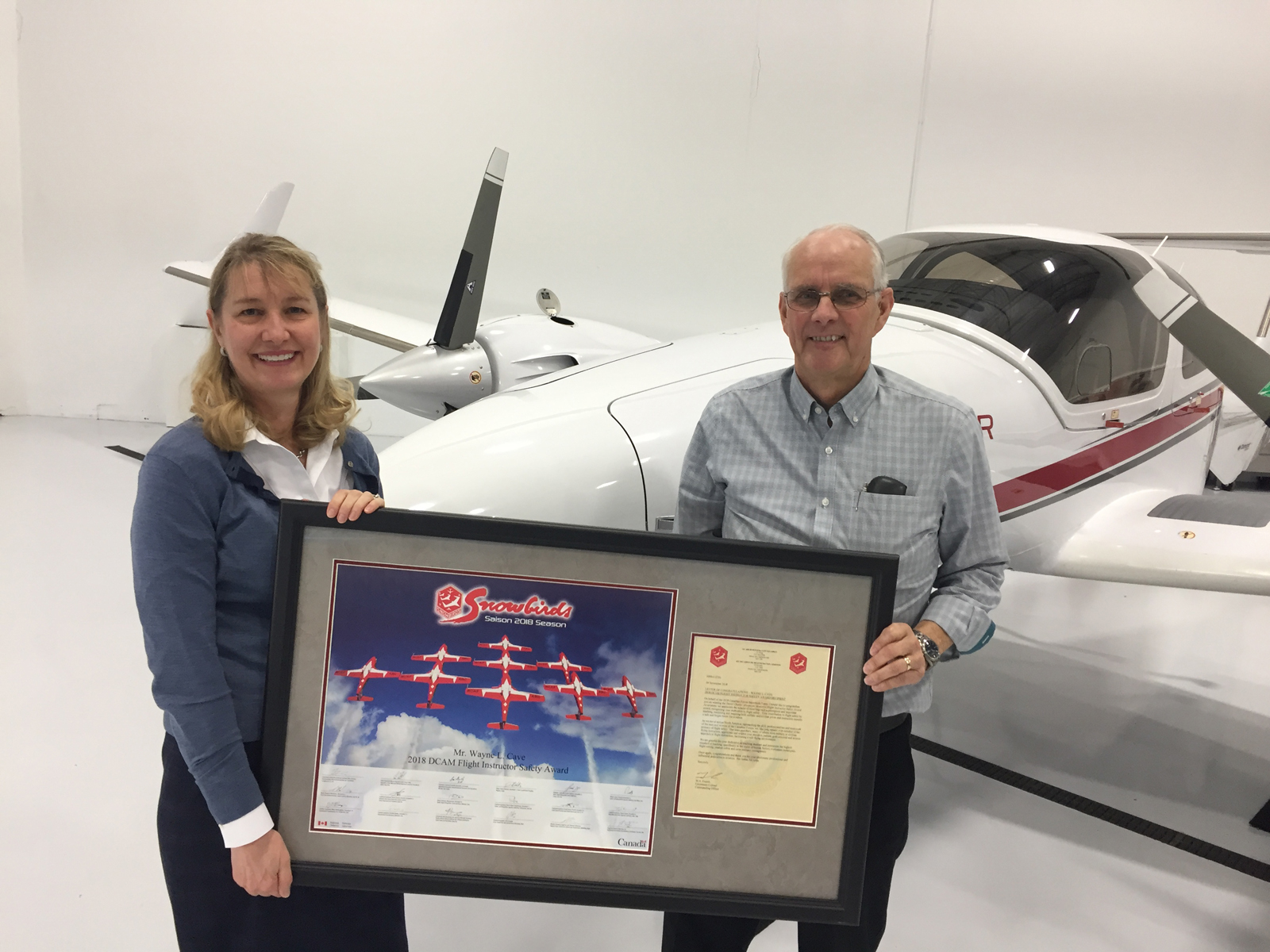 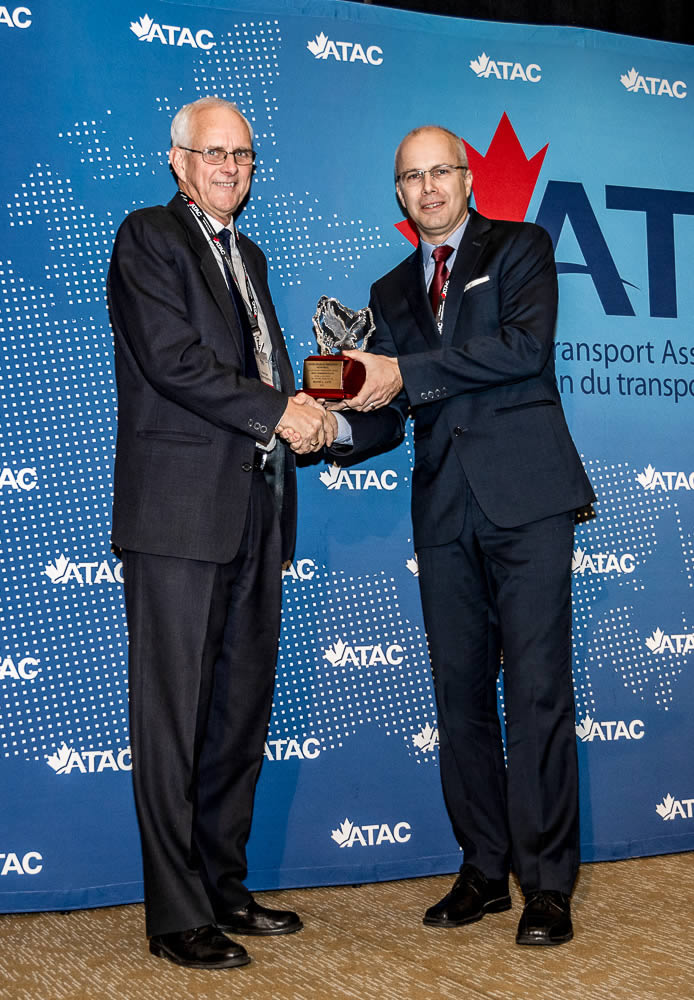 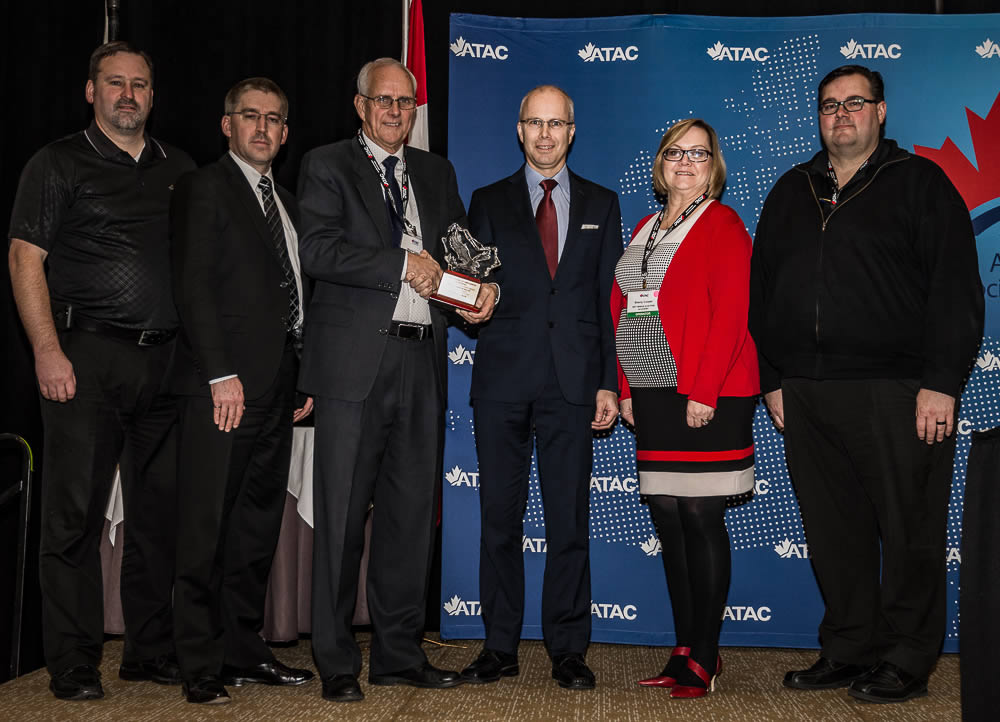 Past recipients of the ‘DCAM’ who were in attendance along with Wayne Cave. 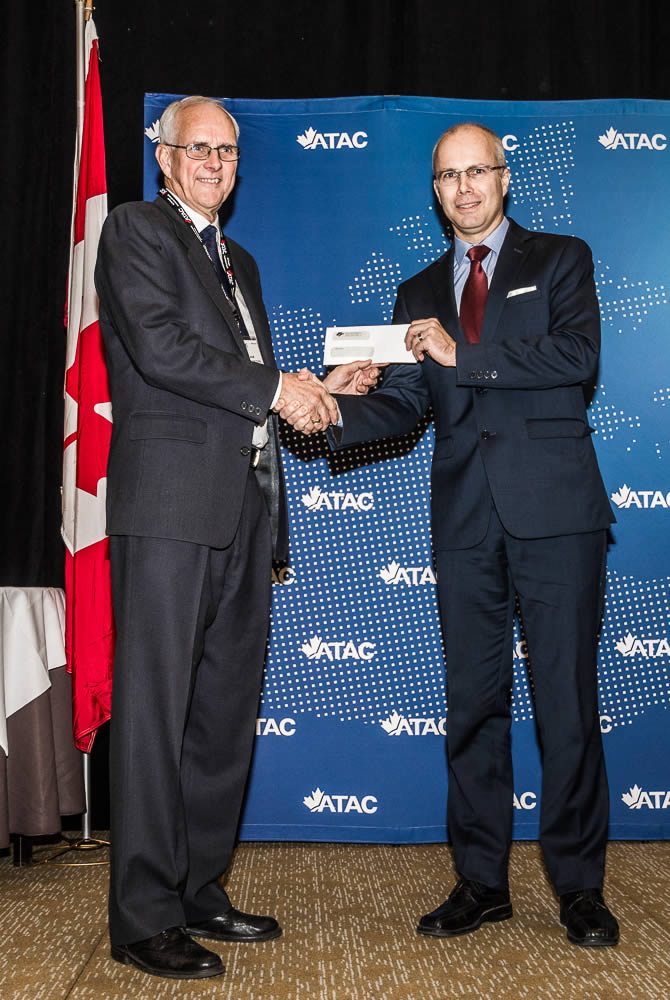 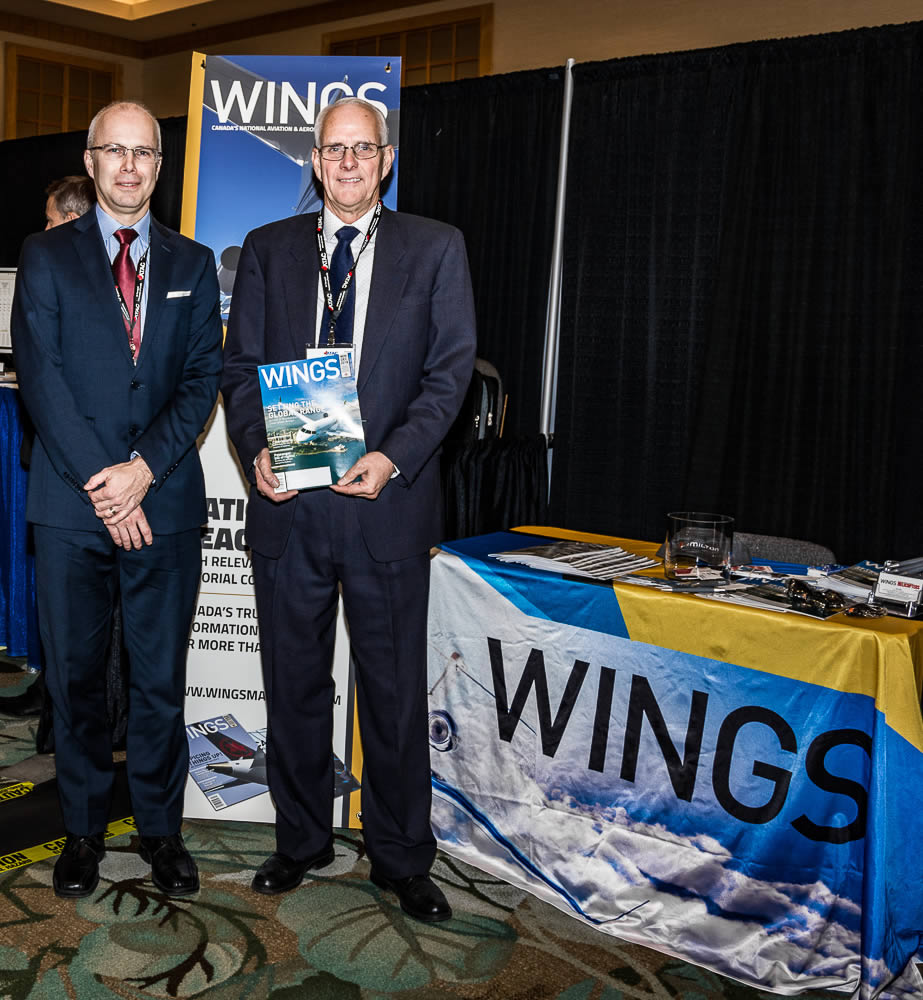 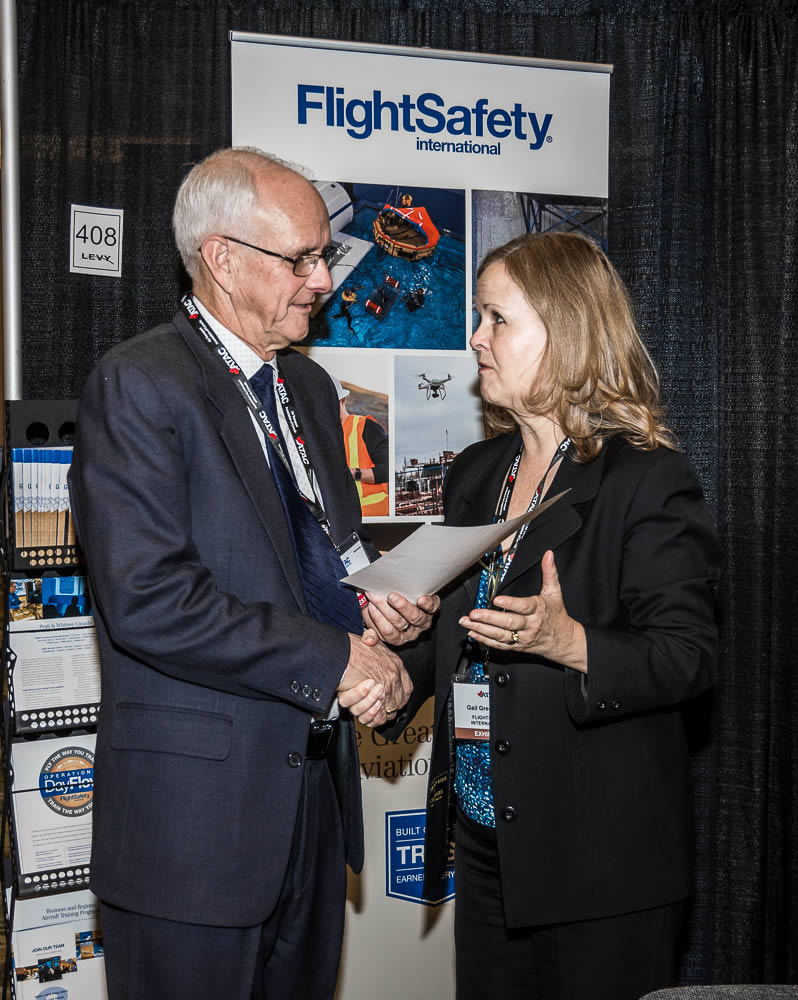 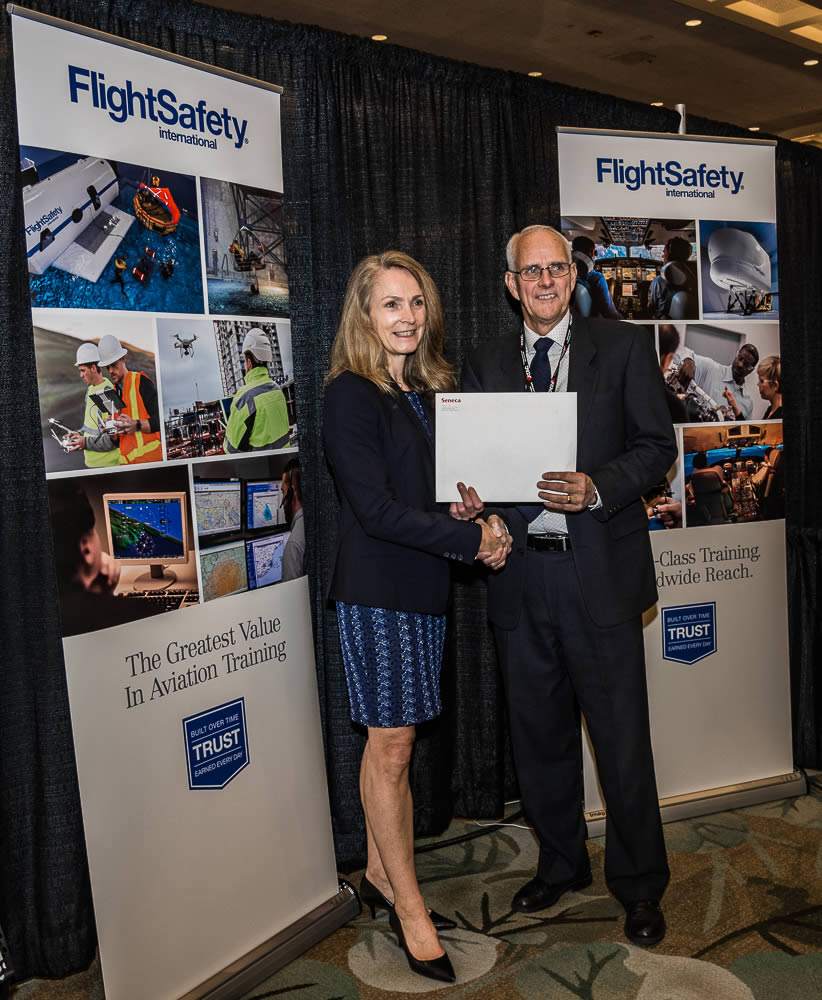 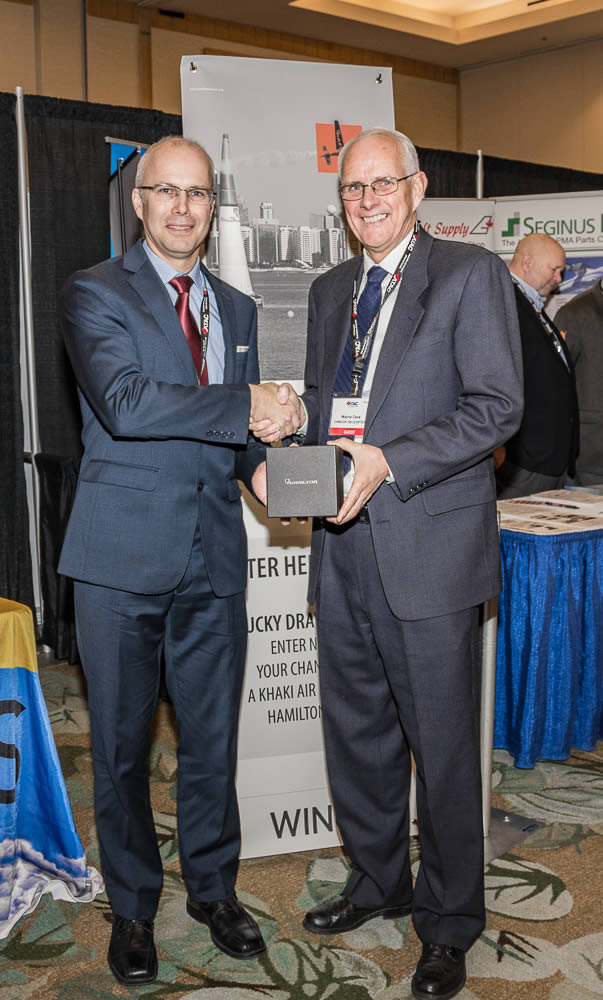 All photos courtesy of Mike Doiron.