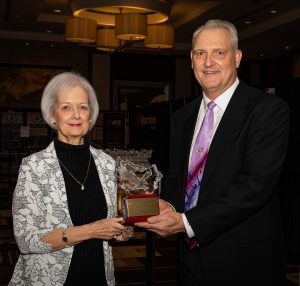 It has been an exceptional honor in my life and my career to be selected as the 2019 Recipient of the David Charles Abramson Memorial Flight Instructor Safety Award.

Never before in my 36 years as a commercial pilot have I seen such a need for pilots.

I believe that going forward safe and efficient flight training can be accomplished to meet the needs of the rapidly growing aviation industry with the continued recruitment of talented flight instructors who focus on the principles of:

In short, the principles that the DCAM Award was founded upon

As a contribution to the continued strengthening of a CULTURE of safety in the aviation industry, I would like to provide an article below which was written for a Safety Newsletter at Seneca College, where I have worked as a Flight Instructor both full time and part time, beginning in 1984.

As I was getting ready to depart on a dual flight in a F33 Bonanza with my student, my “spider sense” was telling me to be extra cautious.

The current TAF for CYPQ read:

The METAR that had just been issued read:

My student had just copied the latest AWOS in Dispatch before we walked out the west door of the building closest to where our aircraft was parked. He brought to my attention that the wind was 310/26G34KT (Good job Lloyd!) which with the gust factor was a crosswind component of 26KT on Runway 27.

Before we started our engine, we discussed some mitigations to be safe given the new threat of the increasing winds. We decided that a call to London FSS to see if the TAF was going to be amended and to get the advice of the Flight Service Specialist regarding the conditions would be a good idea.

We noticed that a large number of students started walking out to pull aircraft in the hangar. What we didn’t notice was that an unattended C172 that was parked on the far side of the ramp had just been lifted by its right wing, and had its left wing contact the ramp before settling on all three wheels.

After thinking about this unfortunate incident, thoughts from 34 years of instructing experiences started to race through my mind. I thought I’d put some of these down on paper so that I could be reminded myself of the risks when operating in windy conditions, and perhaps others could benefit also.

On approach and landing in windy and/or gusty conditions, a pilot should always be prepared to initiate a go-around down to and including touchdown (in compliance with specific procedures for the aircraft type). Risks to assess on final approach include airspeed fluctuations (threat of stall and flap speed exceedance), turbulence (controllability, effectiveness of control inputs) and profile (risk of obstacles on approach if too low, long touchdown point with risk of overrun on landing rollout if too high). Lateral alignment with the runway and directional control are also very important to ensure a safe approach and landing.

Maximum demonstrated crosswind component, while not an actual limitation, should be assessed with consideration of pilot skill, experience, and currency.

Approach speed additive should be considered, ensuring landing distance is adequate with the increased speed. Our SOPs state:

“For approaches in conditions where wind gusts have been reported, Vref will be increased by a factor of one half the reported gust for a maximum additive of 10 knots.”

Additionally, to aid in controllability during the approach, flare and touchdown, a speed additive and/or partial flaps or flaps up configuration should be considered in strong crosswinds.

Hearing the stall warning horn prior to touchdown in windy conditions can indicate that airspeed has decayed to the point where controllability may be compromised. Landing in a slightly flatter attitude than normal, with touchdown at a slightly higher speed than normal requires additional skill, but can aid in controllability. I like the phrase “fly it on” rather than allowing to aircraft to settle itself onto the runway in windy/gusty conditions.

The skill of approaching and landing at higher than normal airspeeds should only be attempted after having proper training by an experienced instructor.

I have noticed some pilots tend to relax their control inputs after the wheels have contacted the runway after landing. In windy conditions, it is paramount to continue to apply appropriate control inputs during the landing rollout AND taxi in.

An inherent risk to touching down at a higher than normal airspeed in windy conditions is Wheelbarrowing. This is particularly a risk if control inputs are relaxed prematurely after touchdown. Proper training on recognition of and correction for this condition is extremely important before operating in windy/gusty conditions.

Brake application promptly after touchdown will reduce the airspeed below flying speed of the wing, and therefore help to prevent a wing lifting after touchdown. Care should be taken not to land with feet on the brake pedals, as this could cause a skid and blown tire.

As experience is gained operating in more challenging conditions, a new risk creeps in. You can develop complacency thinking “I’ve landed in worse conditions than this before”, or “The guys ahead landed with no problem”. You can also feel compelled to land rather than waiting for conditions to improve or diverting to an alternate airport (in consultation with the Duty Instructor if time permits).

Your last line of defense when operating in windy/gusty conditions is always the decision to execute a go-around down to and including touchdown if controllability is compromised. This should be a consideration if you are not able to accomplish a touchdown on or close to the runway centreline and within the touchdown zone relative to your aim point on final approach.

A 20,000+ hour friend of mine who has extensive experience operating all types from PA11s to B777s told me his philosophy when operating in strong winds, and I have come to learn the wisdom in his words:

“Don’t stop flying it until you’ve got it tied down”. Thanks Randy!