The tenth recipient of the annual DCAM Flight Instructor Safety Award for the year 2012 was:

An innovator in the field of flight instruction, he has spent over twenty years accumulating over twelve thousand hours. His greatest contribution to aviation safety will be the next generation of flight instructors that he has trained. He is an individual who believes strongly in demonstrating leadership and in cultivating leadership in his students. He is intolerant of average goals believing, as I do, the safest pilot is one who is trained to the highest possible standard and one who seeks to excel in his discipline. Beyond instructing students he believes that to have a lasting impact he must also direct his efforts to the task of training the people who teach people to fly.

Paul is Manger of Flight Operations at Pacific Flying Club. 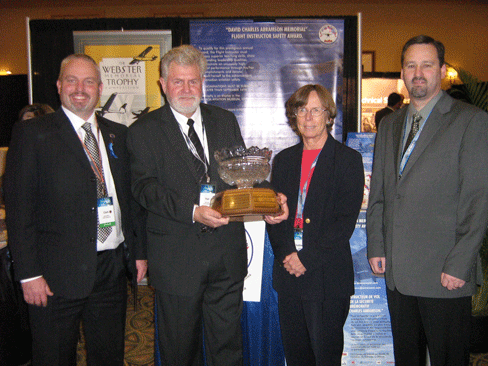 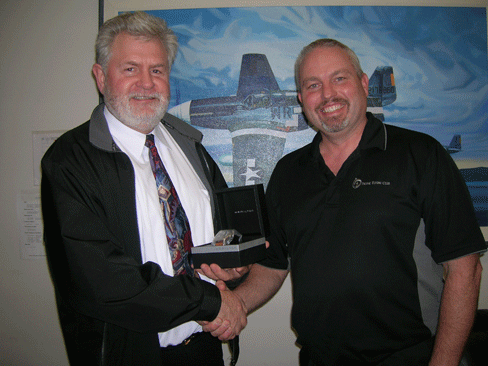 L to R, Paul Harris, being presented with Hamilton watch, by Clark Duimel. 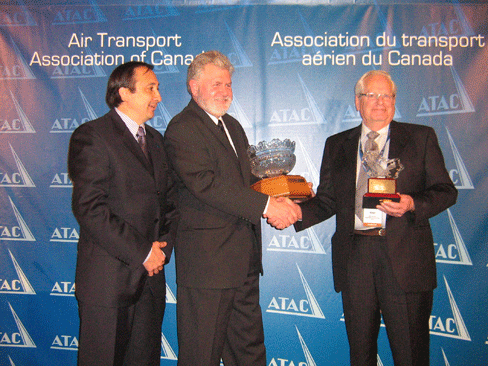 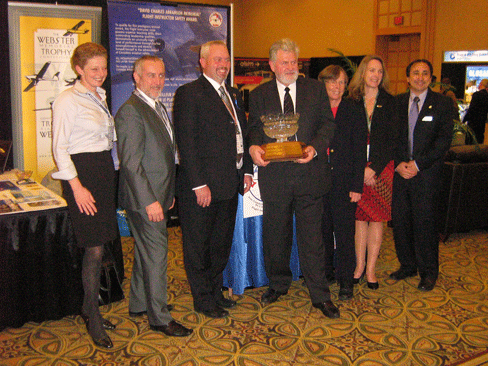 Paul Harris: “Your award brings a focus to excellence in flight instruction. It affirms the value that flight training plays in creating aviation safety. In doing so, it also affirms the value of the work that those who choose to spend their careers in some element of training. That act alone assures continuing and renewed efforts of excellence in aviation training and thus aviation safety.”